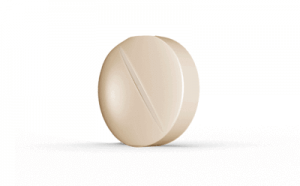 Water bloat or retention is something that we all experience from time to time, but sometimes it’s due to something less common, such as an illness. The way to prevent sodium absorption and water accumulation in the body in certain instances is to rely on medication. We’re going to look at generic Lasix today, which is a useful diuretic that also has other benefits.

What Is Generic Lasix?

Generic Lasix, which also goes by the name Furosemide, is a diuretic (drug that causes urination) that expels extra fluids and liquids in the body. This medication is prescribed mainly to deal with fluid accumulation caused by ailments such as heart issues and kidney disease.

Aside from getting rid of extra liquids in your body, generic Lasix can also treat other symptoms such as swelling and high blood pressure, and lessening the chances of strokes, heart attacks, and more, all of which are common illnesses in the population.

How Much Does Generic Lasix Cost?

The generic version of Lasix will cost less than the branded product. You can find Furosemide for cheap with us at Generics for USA.  You can buy various packages with different doses and tablet amounts. In general, the more tablets you purchase the cheaper each tablet will be regardless of the dosage.

Where to Buy Generic Lasix?

Furosemide, or Lasix, is only available per your doctor’s prescription, which means it’s not an over-the-counter (OTC) drug. However, the generic version is available for purchase online, which makes things much easier.

How to Use Generic Lasix?

Your pharmacist or doctor should leave you with clear instructions on how to take generic Lasix. You should ask your doctor if you have any questions. If you are purchasing it online, then we have some general guidelines for you.

The most common instruction is to take the tablet once or twice a day, and you can do it on an empty stomach or take it with food. What time of the day to take generic Lasix is up to you, but because it’s a diuretic, meaning you will need to urinate, we suggest timing it to convenient periods throughout the day and to avoid taking it close to bedtime.

The factors that impact your doctor’s decision on how to use generic Lasix will depend on your weight (for children), age, treatment response, and your medical condition.

How Long Does It Take for Generic Lasix to Work?

Patients should start to feel the need to urinate around an hour after taking generic Lasix. The height of the effects should be anywhere between 1 to 2 hours after ingestion. The effects of the tablet should last for 6 to 8 hours.

What Are the Side Effects of Generic Lasix?

The potential side effects of Furosemide will vary depending on commonality. The more likely adverse reactions include:

These are commonly associated with your body getting used to the medication and should start to subside in a day or two. If the symptoms persist, make sure to contact your doctor.

The more serious side effects that can occur include:

You should be aware of the very severe but also equally rare side effects, which are:

This medication is also known to have a negative effect on hydration and electrolyte balance, so make sure you take it with plenty of fluids.